The explosive growth of smartphones over the last decade has inevitably changed the way consumers access the internet. A study by market research firm eMarketer revealed that up to 77% of mobile users use their phones for online games, which includes gambling software. In light of such developments, how would traditional browser-based games survive against the burgeoning popularity of mobile apps?

The Easy Convenience of A Mobile App Compared to Browser Games 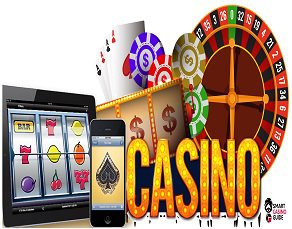 Since Google allowed gambling and betting mobile applications to be listed on Google Play in August 2017, customers can install a casino games' app in literally seconds, safe in the knowledge that the platform's enterprise-level security will prevent any malicious codes from being uploaded to their smartphones.

The mobility of smartphones accords end-users with the freedom to play their favorite game at any time of the day, regardless of where they are. Affordable mobile plans and free Wi-Fi at selected locations also ensure customers will rarely be disconnected from the internet.

Serious users who participate in online betting of sporting events can also activate live updates of scores. You could keep track of your bets without affecting work or social life.

Even Apple has followed in Google's footsteps. In January 2019, the tech giant announced that it would allow native iOS applications to be hosted on the App Store.

Nevertheless, if an app is not your thing, or if privacy is a major concern, you can access online betting establishments using a browser like Google Chrome present in all modern smartphones.

With such easy convenience, it's no wonder that some are already predicting the death of browser-based gambling programs - and they'd be wrong!

The size of desktop screens is so much larger than the screens of even the fanciest and most expensive phone and mobile devices. This factor alone guarantees that personal computer -based gambling programs will never go out of style. For many people, the gambling 'experience' is diminished on small screens - the visuals and sounds are simply less immersive.

Not only that, some get very apprehensive when placing bets or transferring funds using touchscreens. The sense of solidity and safety gathered from a sturdy keyboard is irreplaceable for those who grew up in a world without smartphones.

Additionally, as many seasoned iGaming enthusiasts know, online gambling is a tightly regulated industry; it is still illegal in many countries. Some customers have installed VPN software on mobile devices to bypass such restrictions. However, a test conducted by Restore Privacy, a privacy-advocacy group, revealed that 84% of VPN software leak the IP addresses of users. This will not only increase the risk of user accounts being closed down by online casinos, it will also expose users to the threat of legal action by local authorities.

On the other hand, desktop computers have access to far superior VPN, masking and software solutions to protect the privacy of users.

Difference In Quality Between App And Browser Games 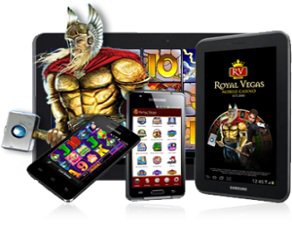 Is there a difference in quality between gambling websites played on mobile applications and browsers? Obviously, yes. PC-based applications are capable of providing more complex visuals and sound effects, mimicking the 'feel' of a real casino. However, the performance is heavily reliant on computer hardware, as well as internet connectivity and speed. An old computer and slow internet could really turn the whole experience sour.

Casino games played on a mobile application, meanwhile, consume significantly less resources and bandwidth. As such, they will run more efficiently, without any lag. These factors are very valued by veteran and high-volume players.

After all is said and done though, there is really no reason why app and browser-based games cannot exist in harmony - each platform fulfills specific niches and needs of a captive market.